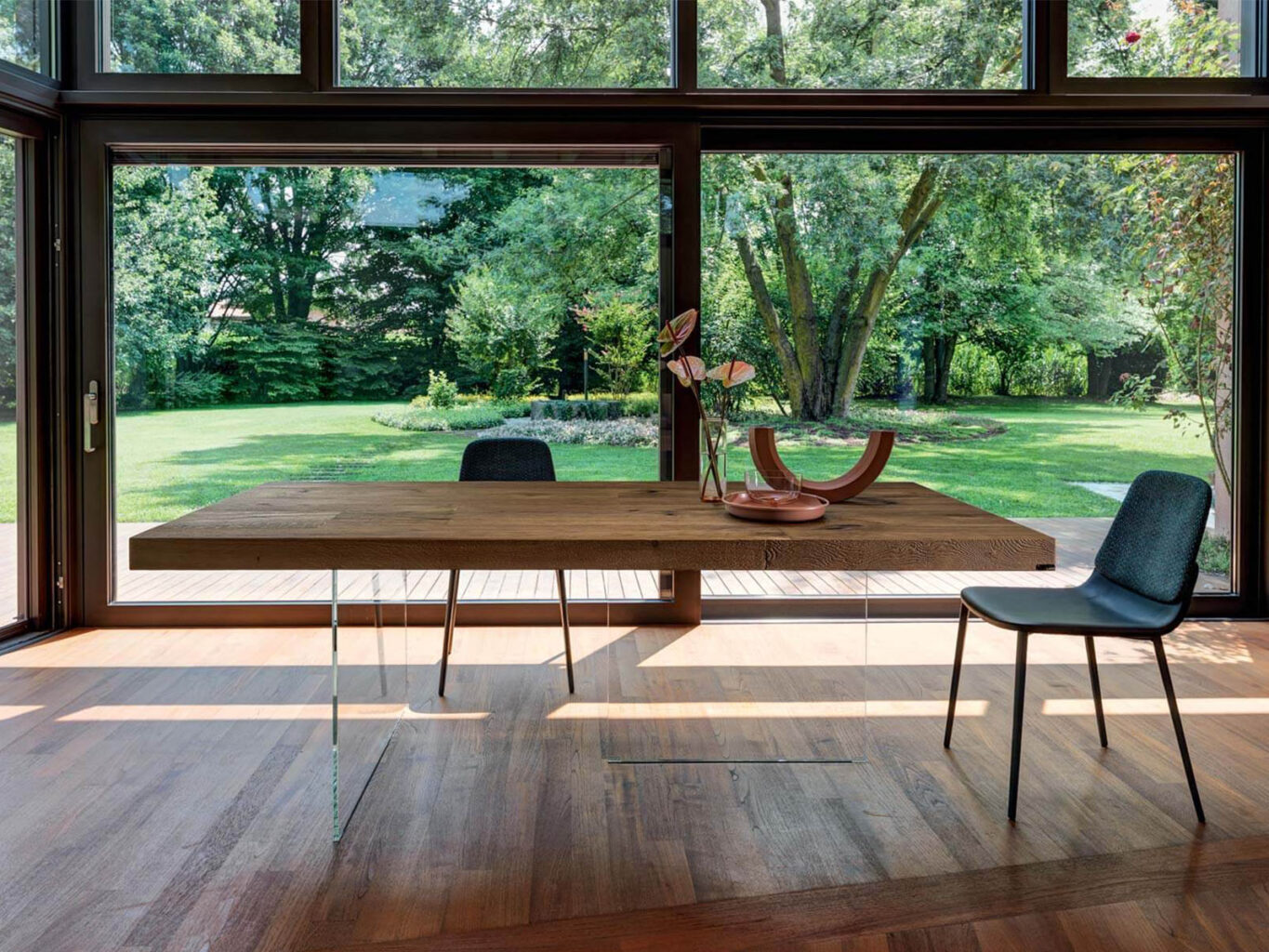 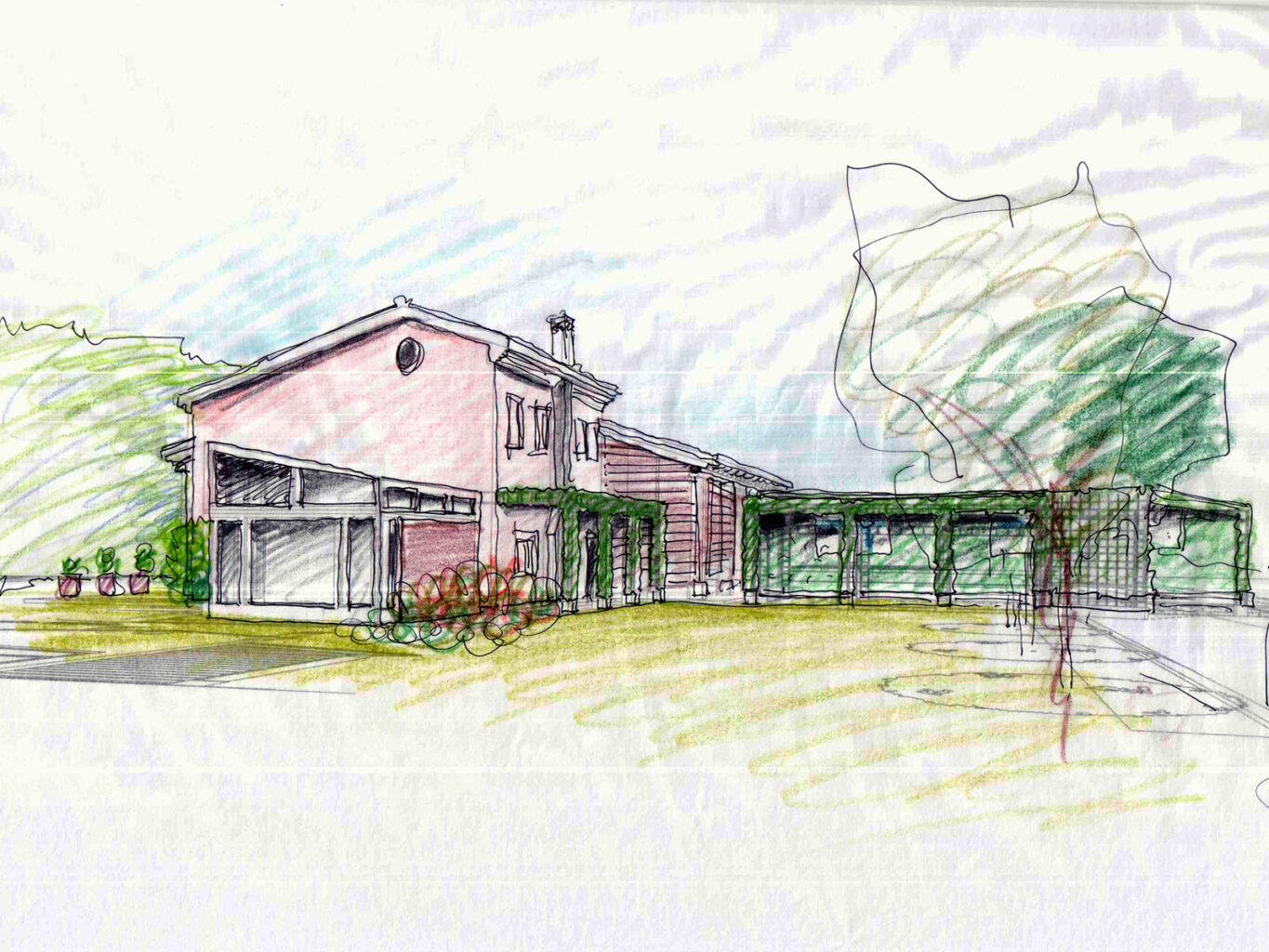 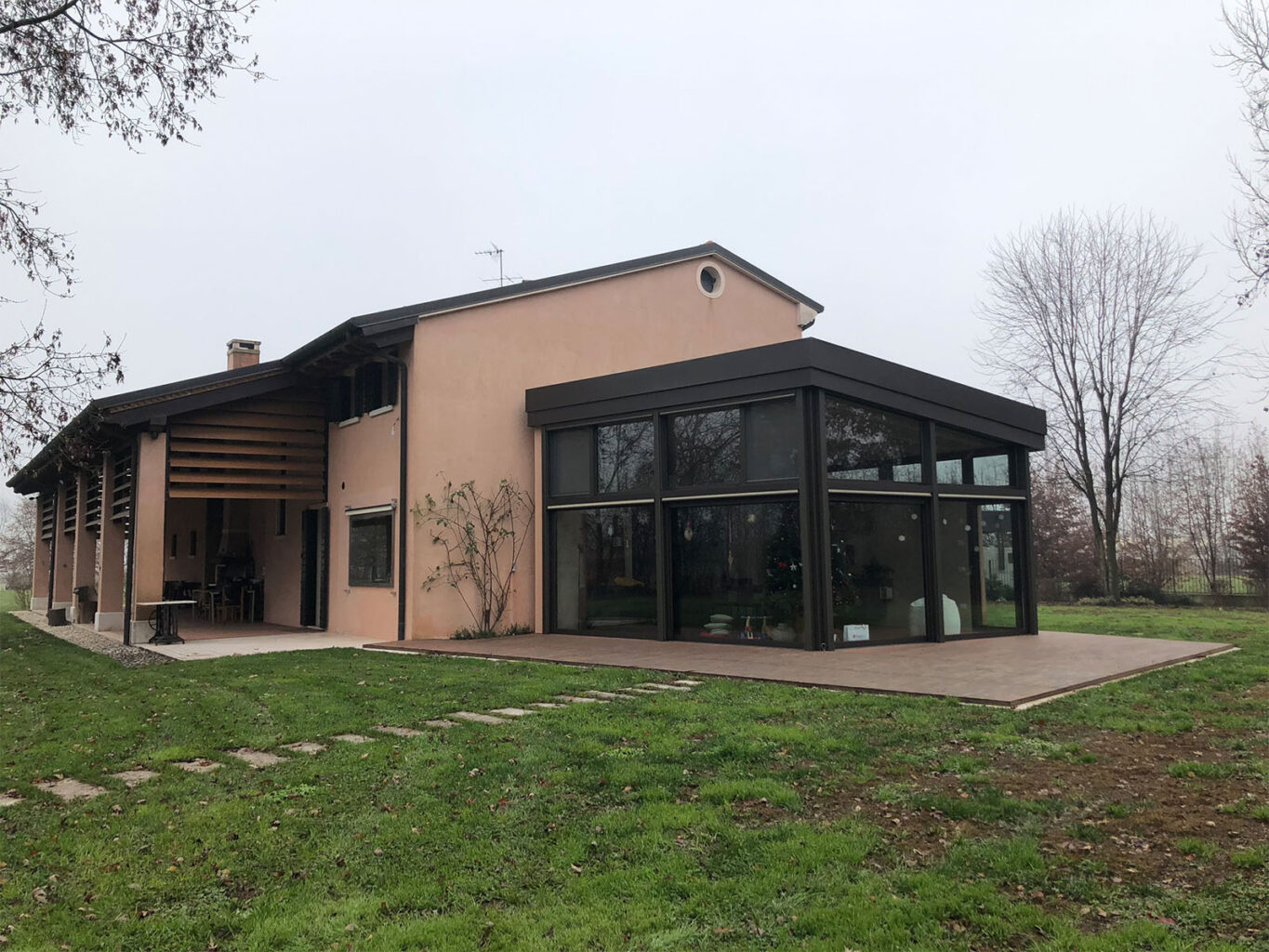 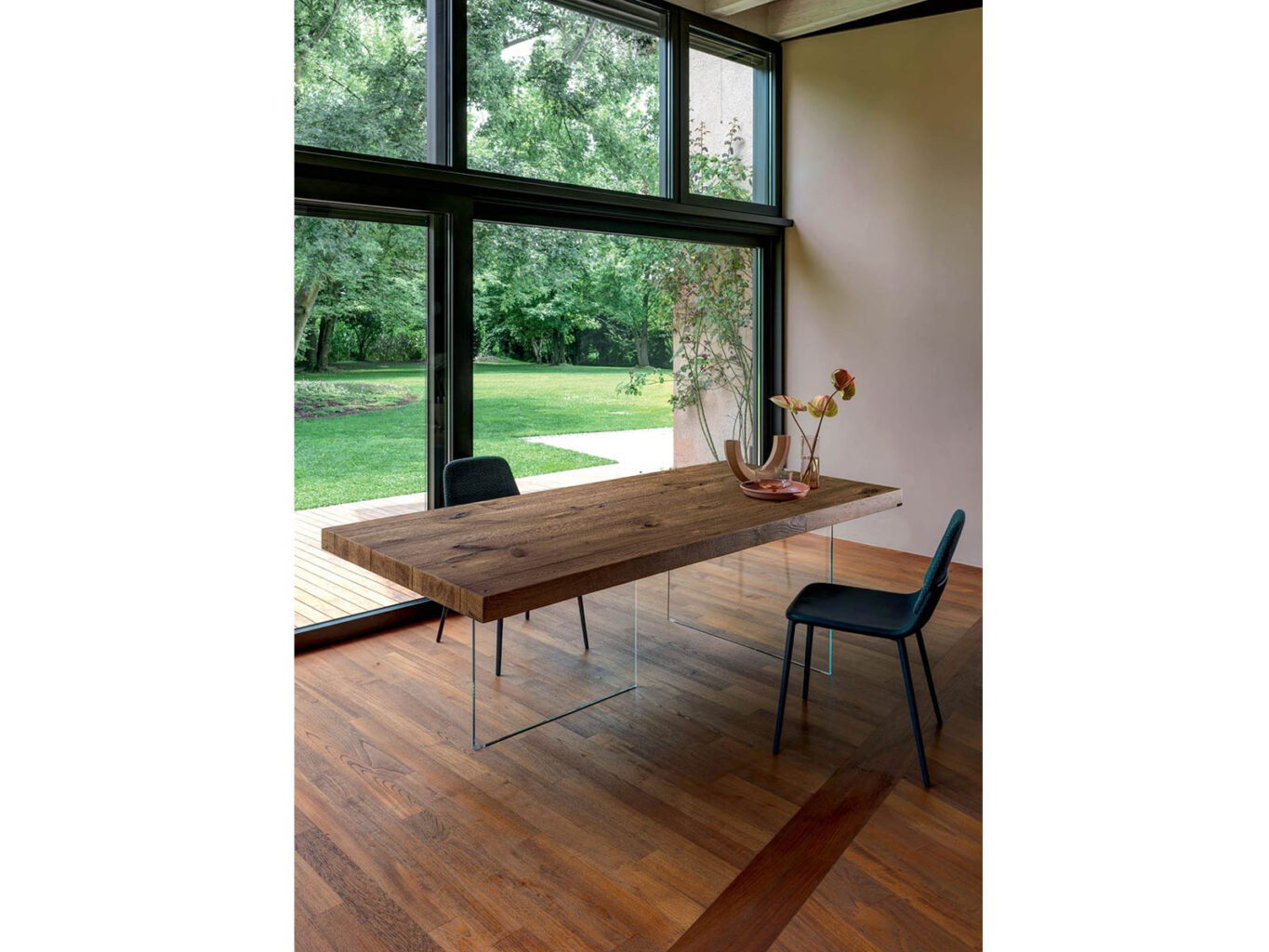 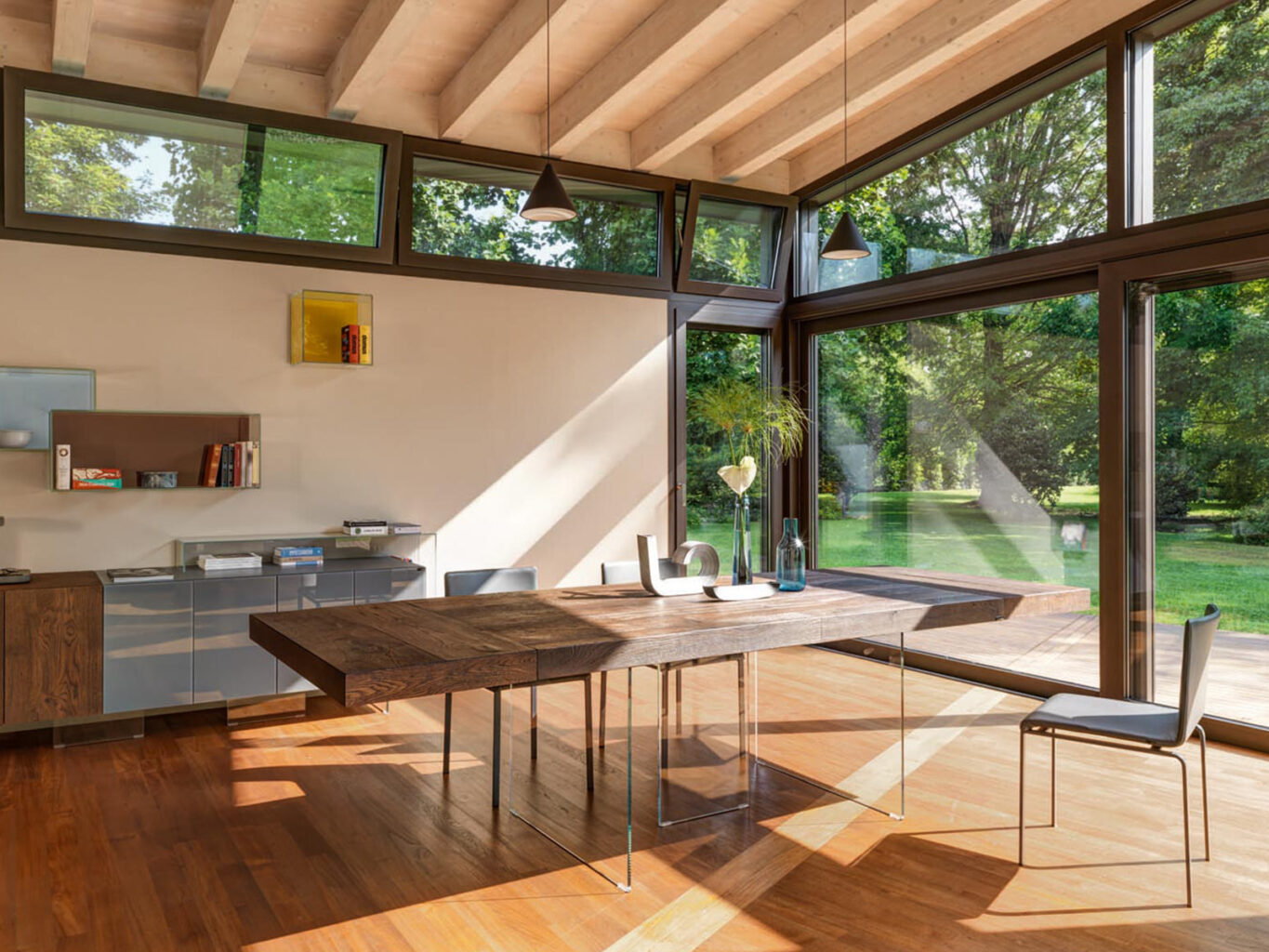 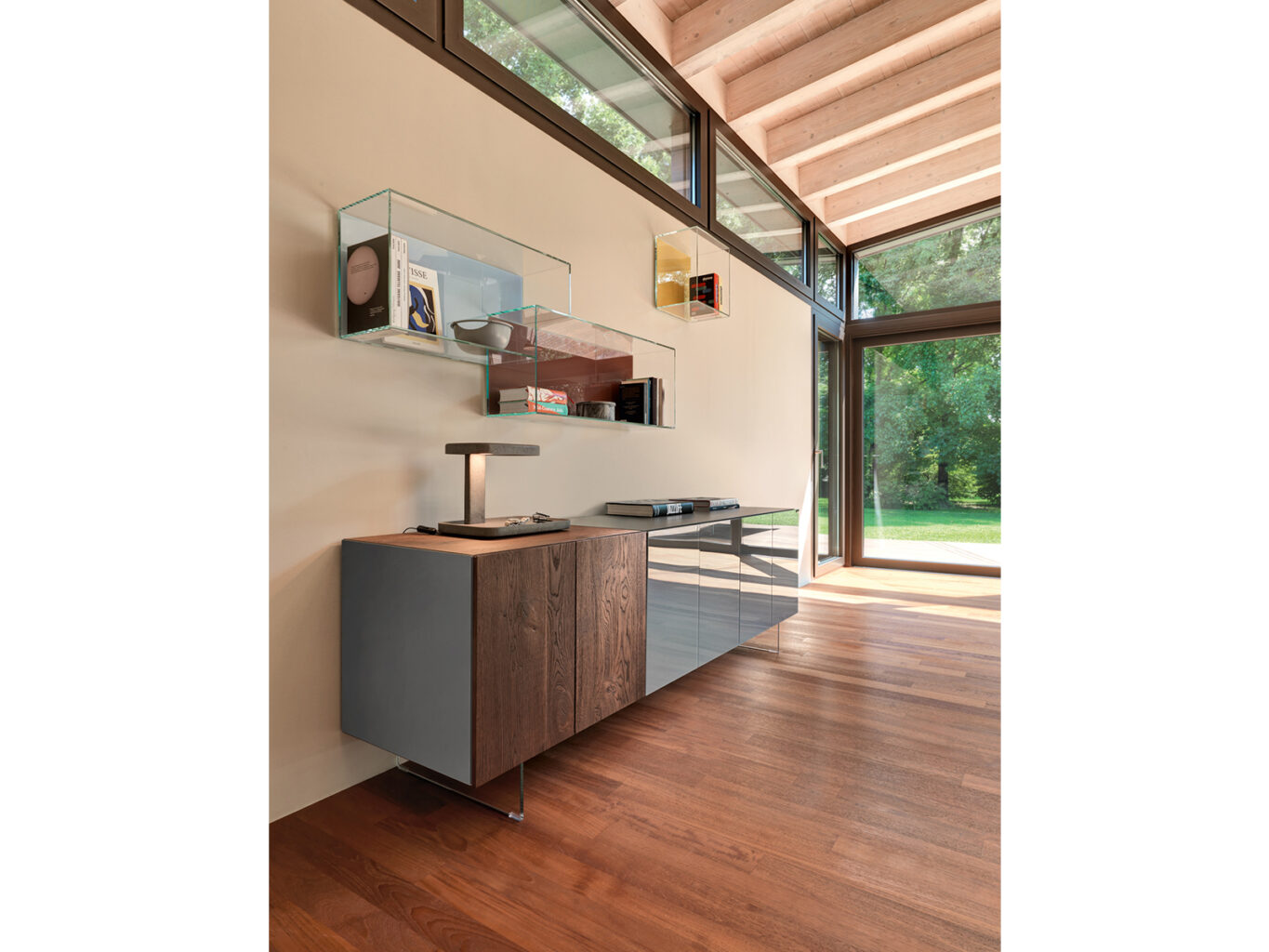 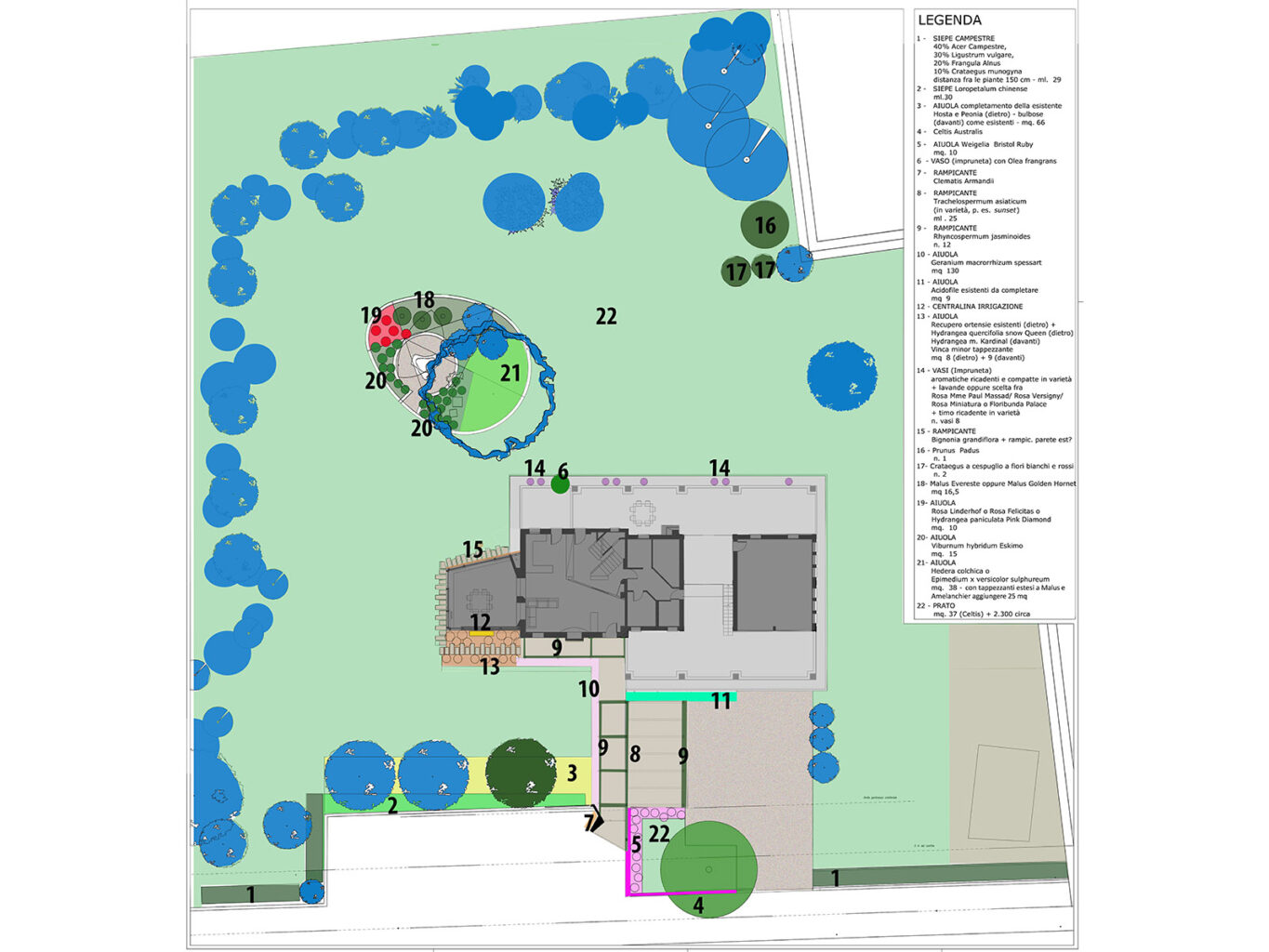 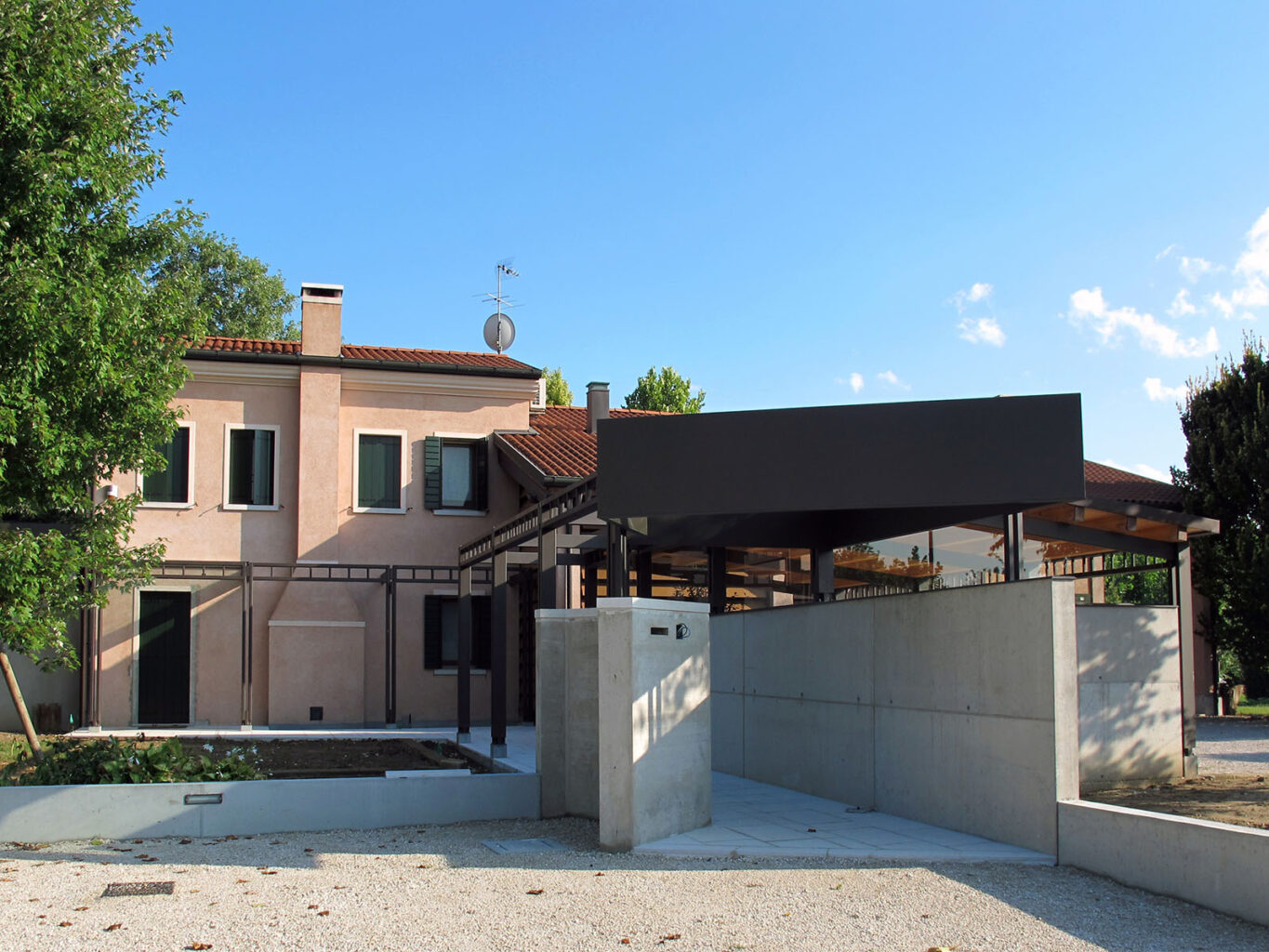 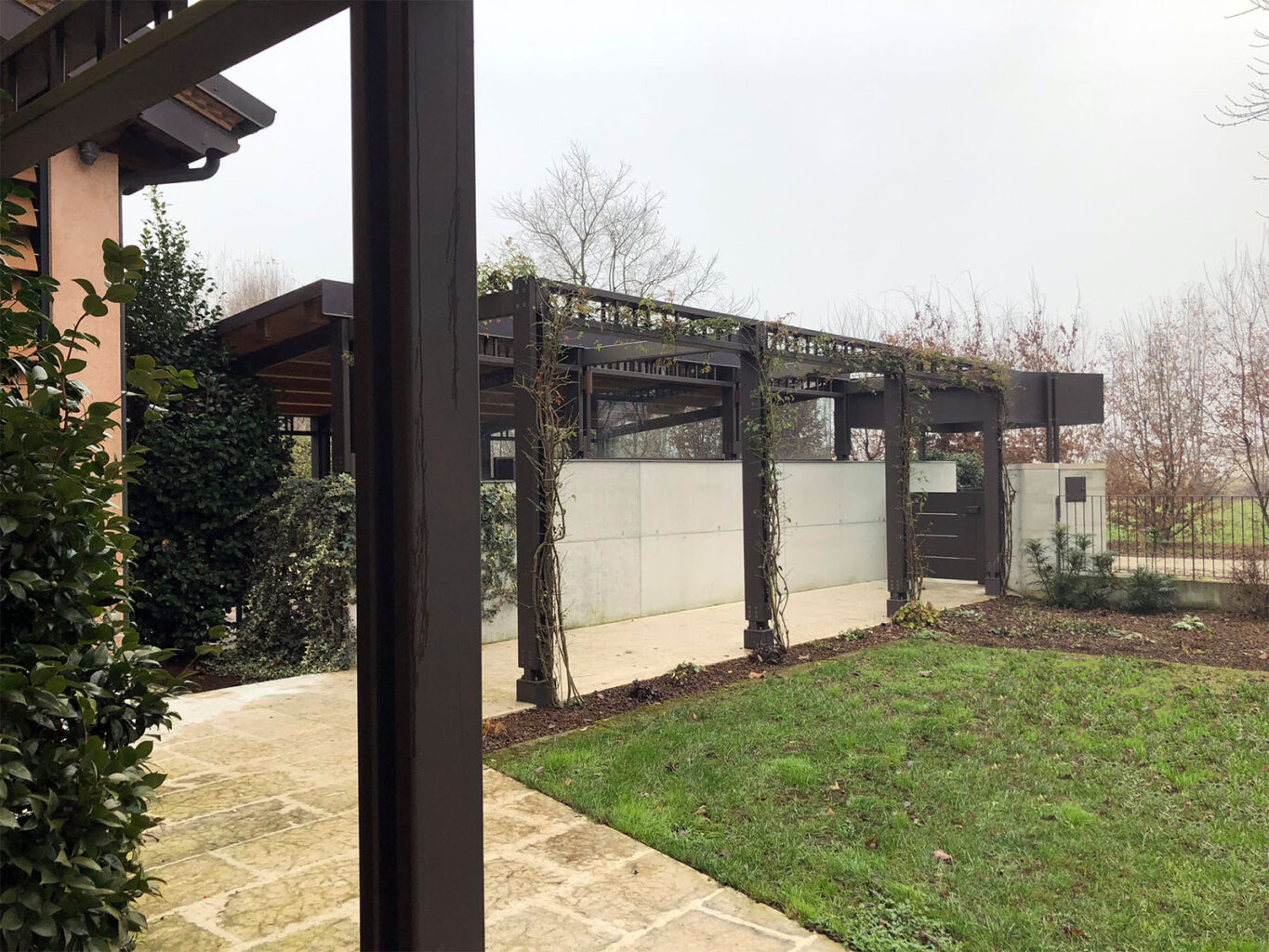 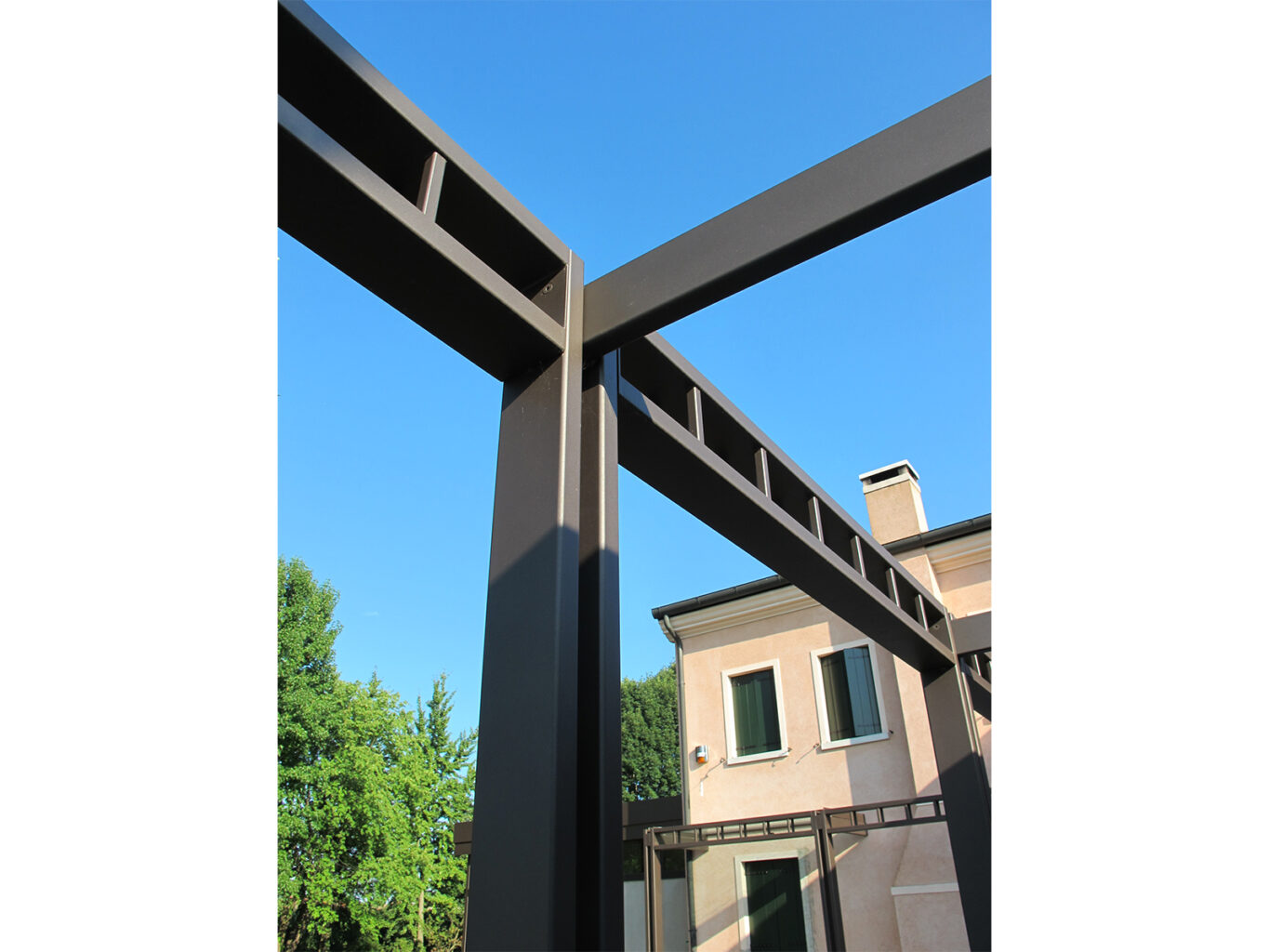 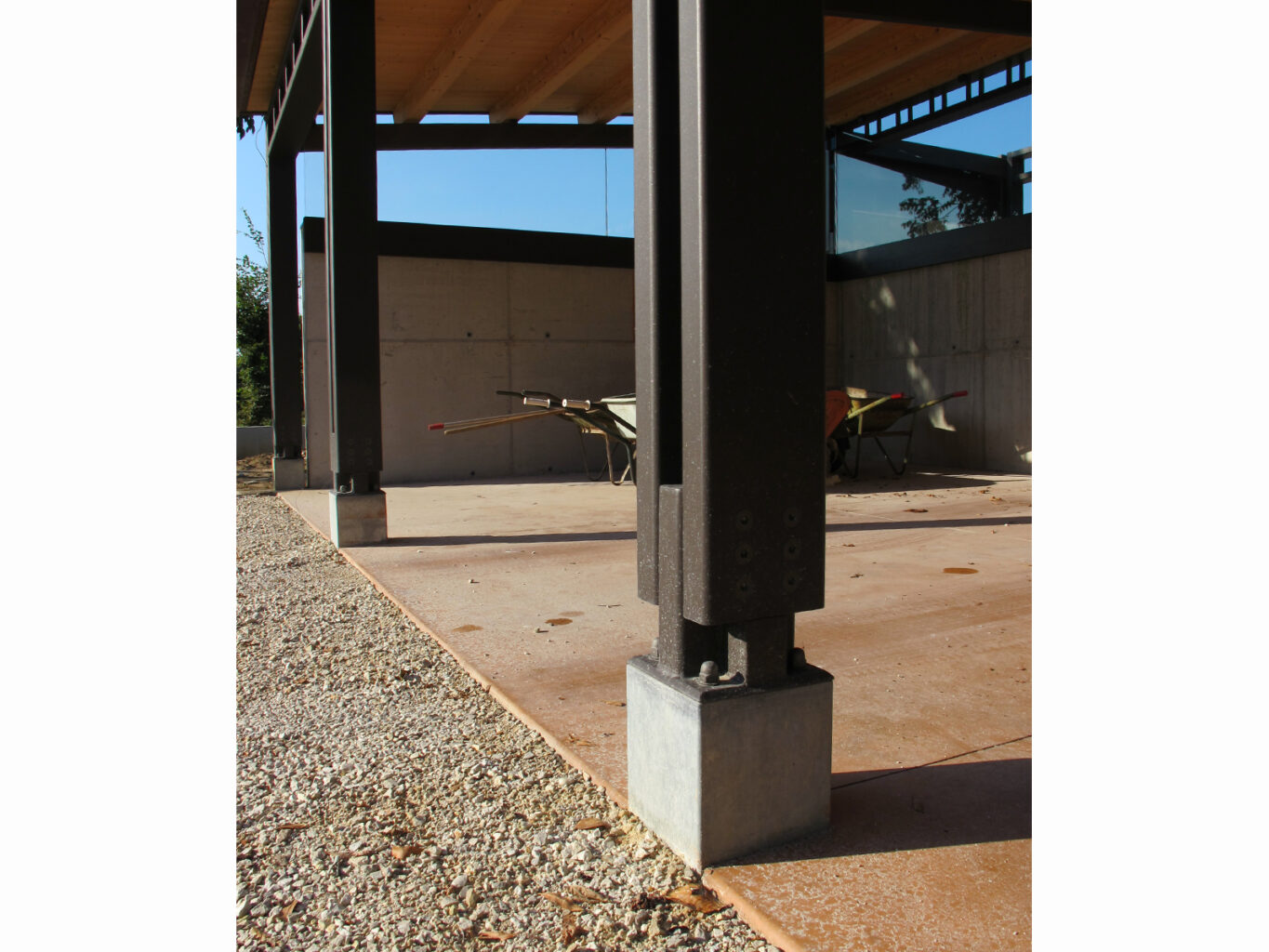 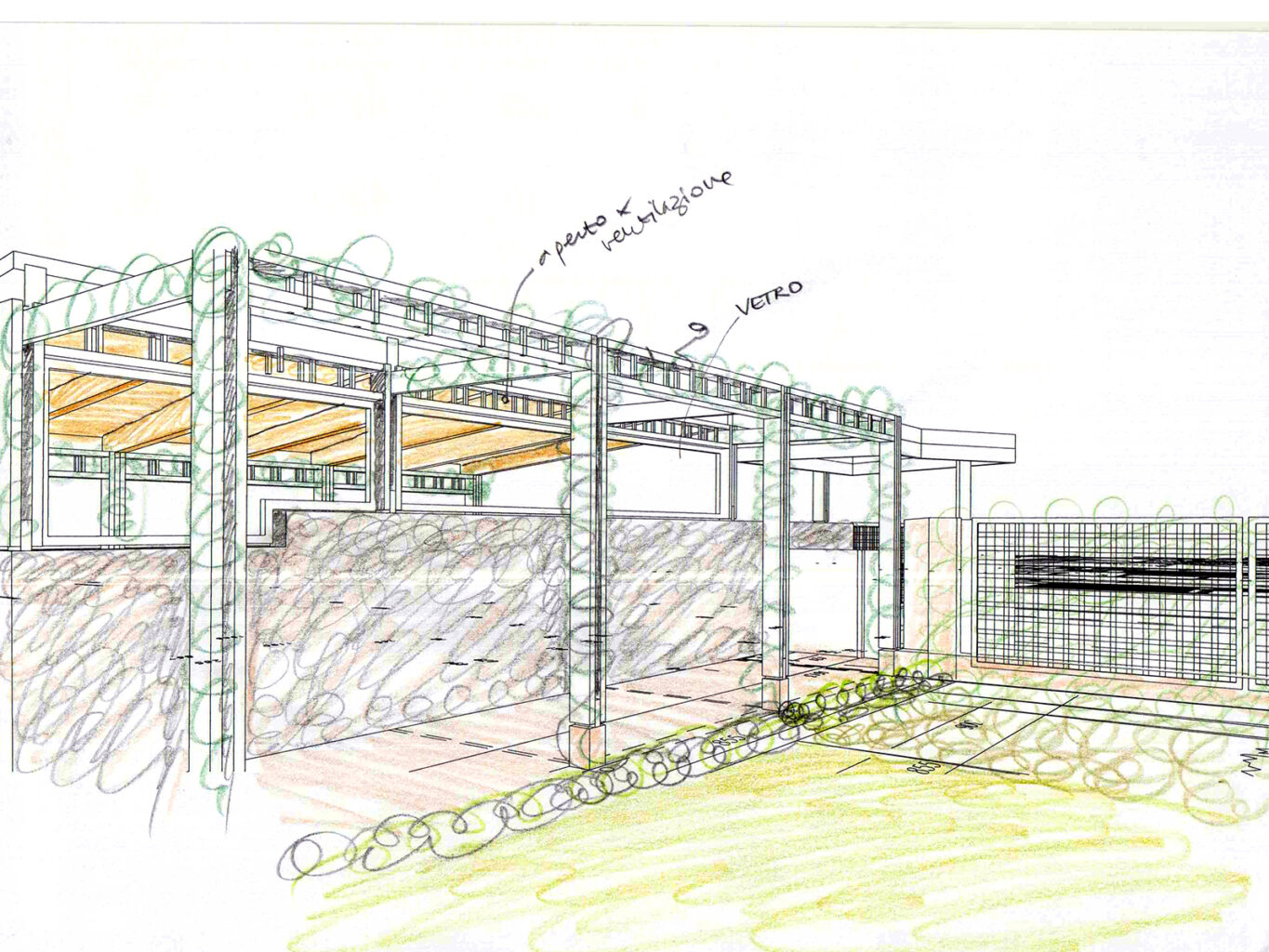 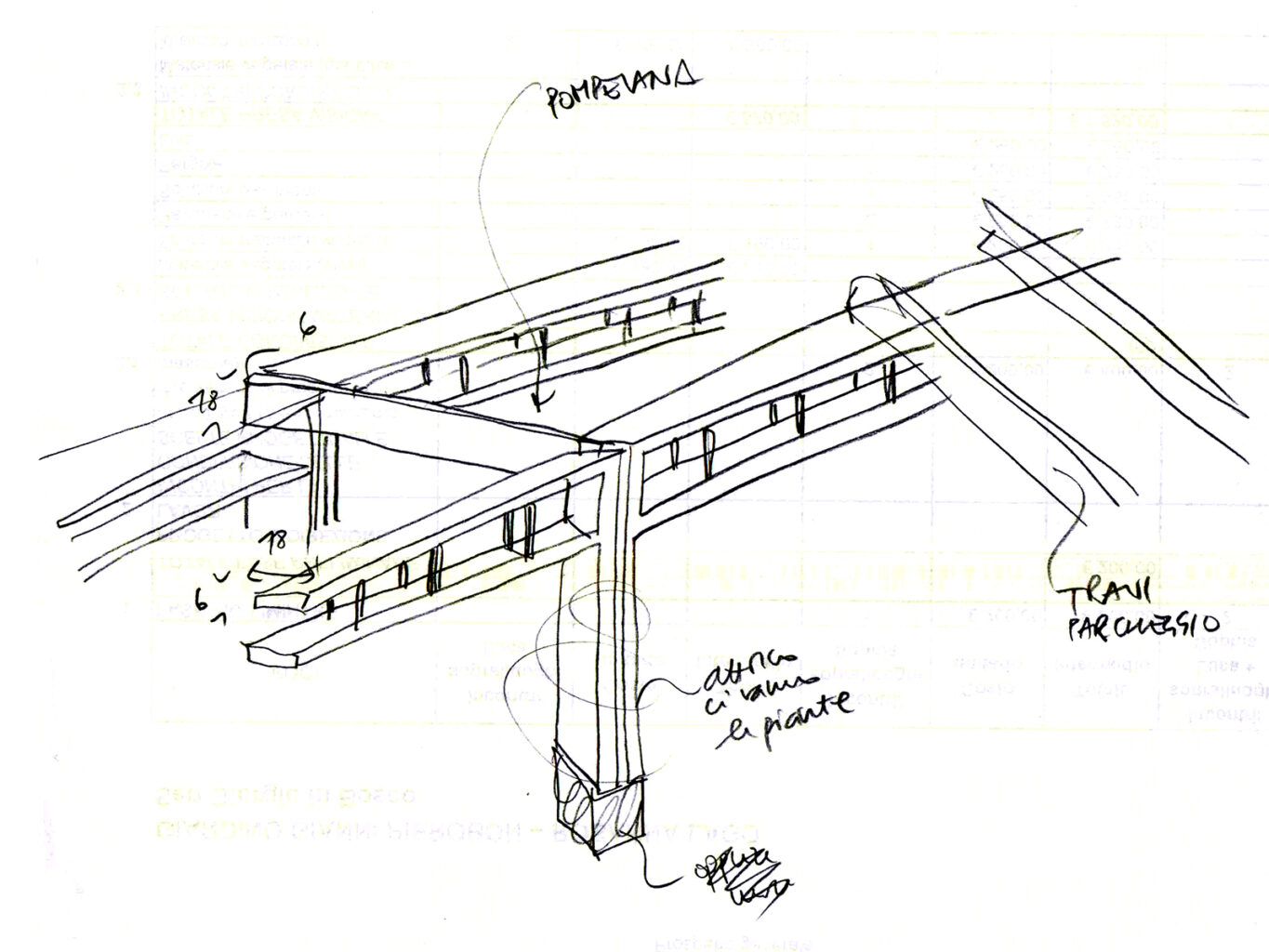 The intervention concerned the re-organisation of accesses, the garden layout and the extension of a country house, recently completed in keeping with the tradition of the Veneto “barchessa”. We started the project by studying the spaces, recognising the distinct identity of some recurrent figures in the agricultural Veneto landscape, where woodlands alternate meadows surrounded by shrubland (field maples, hazels, etc.). The intervention highlighted the pattern, then addressing the delicate matter of accesses. This often-overlooked issue contributes to public and private spaces promiscuity, a situation that is often uncomfortable for owners. The lack of hierarchy, space, and paths layout was a source of discomfort here too. We moved the entrance and re-designed the narration around the relationship between public roads and personal spaces.

In addition to avoiding this space promiscuity, the intervention allows us to unify the service area (entrances, car parks), freeing the living unit from that function. Next to the pergola at the entry, we planned to build an open portico to protect cars from exposure. Both elements, the pergola and the portico, are divided by a brick wall with a glass top. The pergola and portico pillars are set up to host climbing plants, so in time they will become green pillars, as per the rural Veneto tradition.

While the house features an especially pleasant garden, it was introverted, making the external space harder to use. For this reason, we decided to build an eastern extension reminiscent of traditional orangeries. The trapezoidal glassed volume faces the garden, like a dining room in the greenery. The addition of the new volume gives the right proportion to the eastern front, previously much higher. The greenhouse faces both south and east and is designed according to solar geometry. As such, it contributes to the building heat requirements in winter like a passive greenhouse. The northern side, protected and glassed on the top only, enables natural summer ventilation. The teak floor works in continuity between inside and outside.

We use cookies on our website to give you the most relevant experience by remembering your preferences and repeat visits. By clicking “Accept”, you consent to the use of ALL the cookies.
Cookie settingsACCEPT
Manage consent

This website uses cookies to improve your experience while you navigate through the website. Out of these, the cookies that are categorized as necessary are stored on your browser as they are essential for the working of basic functionalities of the website. We also use third-party cookies that help us analyze and understand how you use this website. These cookies will be stored in your browser only with your consent. You also have the option to opt-out of these cookies. But opting out of some of these cookies may affect your browsing experience.
Necessary Sempre abilitato

Any cookies that may not be particularly necessary for the website to function and is used specifically to collect user personal data via analytics, ads, other embedded contents are termed as non-necessary cookies. It is mandatory to procure user consent prior to running these cookies on your website.